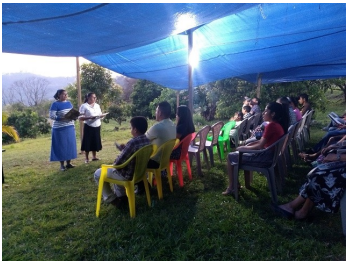 You all have been in our thoughts and prayers during this entire year that has brought so many unexpected happenings our way. I will begin with the pandemic that affected the entire world. We definitely know that these are signs of the end and a wakeup call for God’s people. I tell the people here, “Who would have thought that a virus that began in China would have affected our lives here in this mountain village of La Zona… But it has! And whether it was planned and man-made in a laboratory or not? God has permitted it.”

“In the annals of human history the growth of nations, the rise and fall of empires, appear as dependent on the wills and power of man. The shaping of events seems to a great degree, to be determined by his power, ambition, or caprice. But in the word of God the curtain is drawn aside, and we behold, behind, above and through all the play and counterplay of human interests and power and passions, the agencies of the all-merciful One, silently, patiently working out the counsels of His own will. The sure word of prophecy must be fulfilled.”

I know that you have been praying for us here in Honduras, and wondering, “What is happening there?” Well, you get that tall glass of water and sit back while I share the blessings and marvelous workings of God… Even during a pandemic, and a year of crisis. God has used this worldwide COVID-19 pandemic as a means of sharing His word and His gospel to many who would not have otherwise paid attention to His truth.

It was around the middle of March 2020 when Honduras declared a state of emergency because they had discovered several cases of covid-19 in persons that had flown in from Spain and other countries; airports and all public transportation were immediately shut down.

Shortly after that, all neighborhoods and villages here in Santa Barbara closed all of their doors at all entrance points, and no one could come in or go out, except certain business owners who would purchase food for the people in the villages. And yes, our mountain village of La Zona was on lock down 24hrs a day, our check point was down at a bridge, a half a mile down from our M.M.M. outpost.

The government also requested that everyone stay at home, and that no more than twenty people should congregate in one place at a time. Well friends, let me tell you, when news of all these events reached our village of La Zona, that Wednesday night at prayer meeting, our church was packed to standing room only: there were about 80 people there.

You see, the people in the village know that if anyone knows about these last day events, it’s the Seventh Day Adventist church. Obviously the people wanted to know what all these events mean in relation to the fulfilment of Bible prophecy!

It was decided that instead of meeting at church we would meet in the open air and sunshine. Our young men went to work setting up tarps at the outpost, and sure enough, that next Sabbath the people came happy and anxious to hear God’s word. We were the only church in the village, town and probably in the whole country that continued holding regular services, even though they were outdoor services.

You see, one of the church members informed me that a couple of the men that were on guard at the check point that enters our village of La Zona had asked if I would go down to the bridge to share the word of God with them.

I was somewhat surprised at the request, these are the rough macho type men of the village, the ones that probably would say, “You’d never catch me at a church meeting.”

Several of our members got together at church so we could pray before heading down to the bridge. The bridge had become the hang out place for all the guys since all the shops had all been closed due to the codvid-19 restrictions.

When we arrived, the men were getting ready to cook them some eggs and tortillas, they were laughing and joking and having themselves a good time. In my mind I thought, “How are we going to get their attention?” Soon we greeted them and they quickly stopped what they were doing and respectfully listened to God’s word. They were very attentive and thanked us for coming.

We knew that this was a divine appointment. God wanted these rough men to learn of Him and the truth for this time. Like Jesus, when He called those rough fishermen to follow Him, He knew what they could become by His grace. We were excited, to say the least. We asked if we could come back, and they said “Sure, Dona Elsa this is good for us.”

We gathered as a church to organize ourselves for an impromptu evangelistic campaign, and the Lord, even gave us a theme song… How exciting!!

At first, only the men guarding the bridge were present, but it didn’t take long for the rest of the village to hear about the meetings and soon all the chairs that we had placed out for them, were filled.

This was an opportunity for all of our young people and M.M.M. volunteers to use their talents. They gave special music, did short video clips of organic agriculture, health talks, and presented a Bible study series on video called “La Fe de Jesus”.

We thank God for giving us the opportunity even during a pandemic to preach His truth. These meetings went on for more than a month. During this time the enemy tried to stop the meetings several times, but God prevailed, and the people heard God’s truth.

These rough men’s hearts were touched, and they understood what the Bible says. Many of them are now taking Bible studies in their homes with their families, some have started coming to church, and I know that there will be souls in God’s kingdom as a result of these meetings held in the midst of the pandemic. 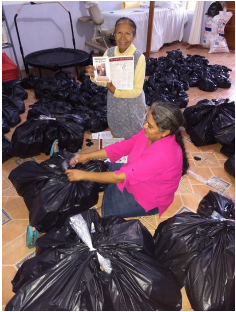 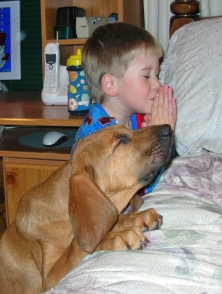 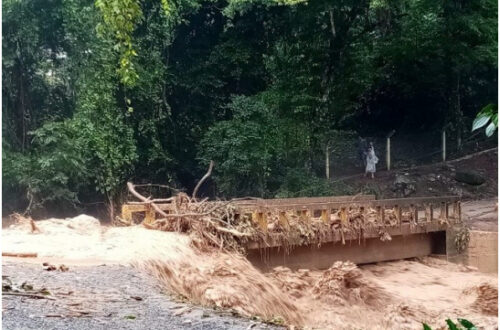